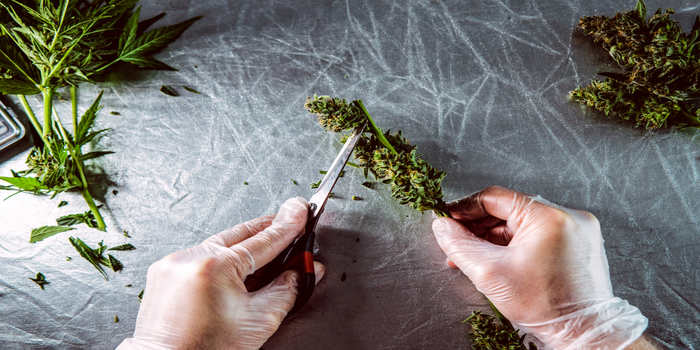 What Are the Uses and Benefits of Cannabigerol (CBG)?

Cannabis market has been growing tremendously ever since studies regarding its medicinal properties began. The benefits of cannabis and its cannabinoids are out in the market for the public to know and through this knowledge, a significant number of people have actually shifted to cannabis for treatment. But still, there is a lot of information that is yet to be researched and revealed and along with that, there is information that is available but less known to the public. For instance, Cannabigerol.

If you are familiar with the structure of the cannabis plant, you must be aware of the THC and CBD cannabinoids. Well-recognized in the pharmaceutical market for their psychoactive and medicinal properties, both cannabinoids have certainly attained fame as an effective and efficient cure for incurable diseases and disorders. CBG is also a part of the very same market but it hasn’t yet acquired equivalent attention.

Cannabigerol, known as the mother of all cannabinoids, is one of the hundreds of cannabinoids found in cannabis or hemp plants. All the cannabinoids found in the cannabis plant are interlinked and their origin can be traced back to CBGA, which is the acidic version of CBG. CBGA undergoes synthesis during plant growth and THCA, CBDA, CBCA, and CBG are formed which in turn become THC, CBD, CBC, and CBG respectively after undergoing decarboxylation.

How Does CBG Work?

CBG can bind with the CB2 receptors and block other compounds from binding with the CB1 receptors. However, it still cannot influence or alter the effects of THC that binds with CB1 receptors.
CBG cannabinoid, exactly like CBD, does not have psychotropic properties, hence it does not give you a high. Its non-psychotic, anti-inflammatory, medicinal properties, effects, and benefits are almost similar to CBD.

CBG and CBD are very similar hence it is difficult to pinpoint their differences in terms of effects on the body especially when the study related to CBG is limited. CBG is found in the early stages of the cannabis plant. Once the plant grows, the quantity of CBG decreases while that of CBD increases. It is relatively easier to study CBD because of this one difference.
However, if we start studying the differences, we can begin by pointing out their structural differences. The number and position of molecules in CBG and CBD is different which eventually affects their shape and binding capacities that further create a difference in their reaction on the body. 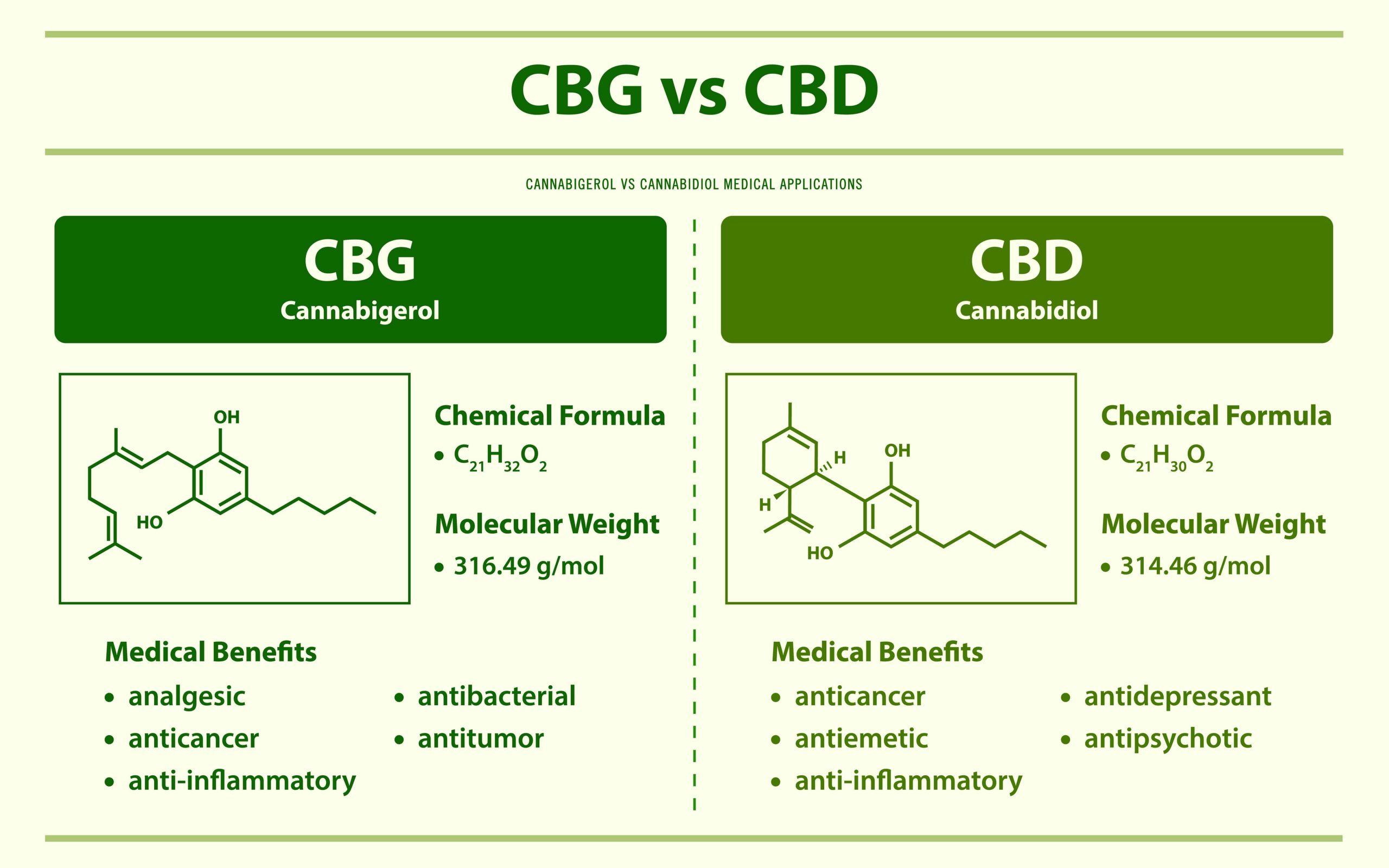 Another difference between CBG and CBD can be seen as an appetite stimulator. In an animal study, researchers found that CBG dose in rats increased their food intake while CBD, in another study, reduced the total food consumed by the rats.

CBG is said to provide a sense of alertness. The reason behind this effect can be its potential as a neuroprotectant. It even supports the growth of new brain cells which possibly results in enhanced focus and attention.

As already mentioned, CBG helps increase appetite. This trait is similar to THC but since CBG does not have psychoactive effects as THC, this can be looked upon as a nonpsychotic option for appetite stimulation. Increase in appetite can be seen in the negative light as it may increase overeating or junk consumption. But it is beneficial and an important trait for those dealing with conditions that cause loss of appetite.

CBG can help support eye health. Eye tissues have a significantly high concentration of cannabinoid receptors and the endocannabinoid system can play a vital role in maintaining eye health. According to the research, CBG can help regulate a healthy level of intraocular eye pressure thus promoting the better vision and healthy eyes.

When compared to CBD, CBG is considered a better option for reducing stress and dealing with it as it not only helps inhibit the breakdown of GABA neurotransmitters but is also known to be a potent 5-HT1A serotonin receptor antagonist which means along with the potent relaxation effects CBG also inhibits serotonin’s uptake that helps in regulating stress response and support mood simultaneously.

Is CBG Better Than CBD?

After the comparison and benefits of CBG one may be left with this question. It is hard to say if any of the two cannabinoids is better than the other as they are two very different cannabinoids, even though their effects and benefits are similar. While CBG is still undergoing research and may have been coming out as a ‘better option’, it cannot be ignored that research on CBD is much more extensive and the products based on this cannabinoid are pretty easily accessible. There are their own advantages and limitations that need to be kept in mind and while choosing one out of the two, it is recommended to consider what you are consuming it for over which one would be termed ‘better’.

How to Use CBG? 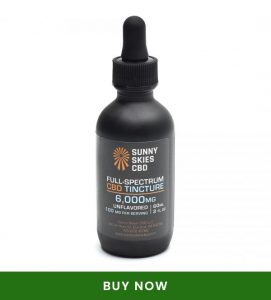 The most common way to use CBG is by using CBG oil. Since the production of CBG is more difficult than CBD, the products are not as easily available. But with the attention CBG is getting as a ‘better alternative’ the market and manufacturers are focusing on this cannabinoid for profit. As of now, CBG oil is getting all the fame and attention. Apart from that products that have both CBD and CBG are also in the market and can be used to get benefits of both the cannabinoids altogether. It is believed that CBD and CBG work great together and make a deadly combination that a pro-cannabis consumer would surely consider to try.

Products like CBG cigarettes and CBG flowers are making some space in the cannabis market and they are expected to gain as much attention as CBD holds today.

Never Miss Out on Us

Subscribe to our newsletter to get special deals and discounts

Explore our curated collection of premium CBD products for those who need them to manage their health. All our products are vetted and tested by licensed physicians and medical professionals. Join our community and find your CBD solution.